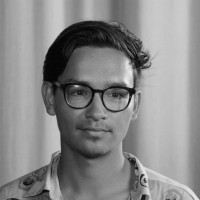 Hi, I’m Sven, one of the founders of Surebuthow. Ever since I was a teenager I wanted to save the world. Angrily and almost in tears I would pathetically lecture to my friends that we have to save the bees. The next day I would be standing dressed up as a Sea Horse in the local zoo to support Greenpeace. It didn’t feel I was making any impact, so I gave up almost all these efforts.

Growing up into my twenties I got more and more frustrated. Why is it so hard to do something good in this world? I discovered that we, as Western human beings, inherited a kind of collective guilt: we’re fucking up the climate, colonised and robbed half of the world, killing off thousands of species and then, while I was in the middle of this terrible realisation, Trump got elected in the USA.

How to fight Fascism in 7 days

For days I walked around shellshocked, no idea what really happened, intensely frustrated about my own powerlessness. That’s the moment I took my first Direct Bold Action, a leap of faith, a desperate attempt to use myself as a means to make a small difference. I traveled back to my home country, The Netherlands, to try to stop the rise of a fascistoid populist Trump-like leader, who was bound to win the elections, filming the whole process, which resulted in the film HOW TO FIGHT FASCISM IN 7 DAYS.Although the villain, Geert Wilders, didn’t end up being our prime minister, my actions didn’t really make a direct difference either. However, I ended up with an unexpected treasure: a multitude of contacts and interviews with other people, explaining me how to make a difference. This was the first time in my life I actually found an answer to the question which was bugging me for whole life: How can I make a difference?

That’s when I decided to build a webplatform, exploring this question even further and trying to find answers, not knowing them myself, but using the experience of others and experiments of my own.So here’s some of my favorite stuff, enjoy and tell me if you have any suggestions or want to help us @ sven@surebuthow.com

How to build a new education system

With a little help from my friends

How to fight fascism in 7 days